Howard Stern Net Worth: Howard Stern is an American radio personality, television host, author and actor. He is famous for his radio show “The Howard Stern Show” which received immense popularity when it was nationally syndicated on terrestrial radio for many years and today is found on Sirius Satellite. Howard Stern is arguably the most popular and successful radio jockey of all time. Let’s find out Howard Stern net worth, wiki, age, wife and other news.

How much is Howard Stern Net Worth?

The radio host Howard Stern has an estimated net worth of $650 million. It’s quite an amazing fact that he has formed half a billion dollar just from radio. Radio is his main income source but he also made significant amount of money from other activities.

In 1993, he published an autobiographical book, “Private Parts” for which he signed a $1 million advance contact with Simon & Schuster. The book’s first printing sold 225,000 copies within hours of going on sale, making it the fastest selling title in the history of Simon & Schuster. The book sold more than a million of copies in its first two weeks. Later, Private Parts turn into a feature length film, with Howard Stern playing himself in the title role.

In 1997, The Private Parts movie was released and it grossed more than $41 million at the box office.

From 2012-2015, Howard Stern replaced Piers Morgan as a judge on the hit NBC reality show America’s Got Talent. He reportedly earned $15 million per year for hosting the show.

What is Howard Stern Age?

Howard Ster was born to a Jewish Parents, his father served in the US Army and his mother was an office clerk. In 1955, his family moved to Roosevelt, New York on Long Island. He attended Washington-Rose Elementary School followed by Roosevelt Junior-Senior High School.

Stern began developing his interest on radio at the age of five. He was a hardcore listener in his youth, and inspired by Bob Grant and Brad Crandall.

Howard Stern earned his first radio job while he was studying in Boston University.

At the age of 24, Stern married to his first wife, Alison Berns in 1978. Together they have three daughter- Emily Beth, Debra Jennifer, and Ashley Jade. The couples were separated in 1999 and divorced in 2001.

When he was single, he dated with super model, Angie Everhart, and Robin Givens.

From 2000, he started dating with model and television host, Beth Ostrosky. However, the couples married in 2008. 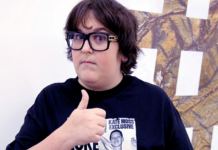 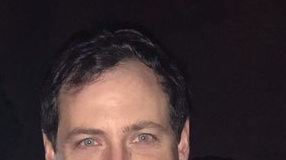